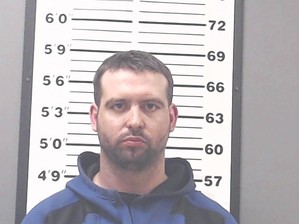 That tip led investigators to the house of Kenneth Whalen, III on 500 block of Grange Hall Road in Hanover.

Kenneth Whalen, III was transported and remanded into the custody of the Jefferson County Jail without incident.   The Indiana State Police were assisted by units from the Hanover Police Department and the United States Secret Service.