Drivers under the age of 34, particularly young male drivers, were more likely to be found not wearing a seat belt. 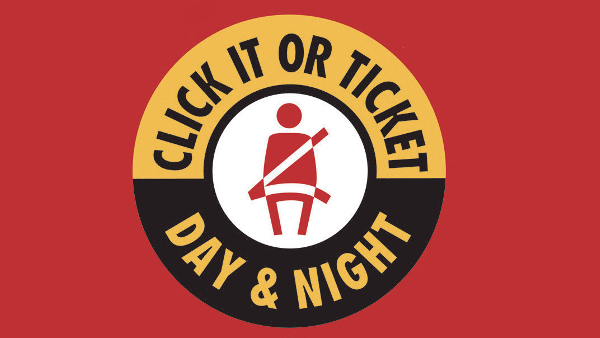 (Madison, Ind.) - The Jefferson County Sheriff's Office will be increasing seat belt enforcement patrols now through the end of November as part of the national Click It or Ticket mobilization. The department will be joined by more than 250 law enforcement agencies around the state that will be working overtime to reduce motor vehicle deaths and injuries in Indiana.

The patrols are supported with the National Highway Traffic Safety Administration funds provided by the Indiana Criminal Justice Institute.

“Over the years, we’ve had a number of incidents where someone wasn’t wearing their seat belt and was either injured or ejected that could have been prevented,” said Sheriff David Thomas. “Buckling up matters. It saves lives and is your best defense against injury or death. Don’t skip this simple step and pay for it later.”

Last year, out of the total number of motorists involved in passenger vehicle crashes, 90 percent were wearing a seat belt. Despite this, unrestrained motorists accounted for over half of all vehicle fatalities in 2019 (308 out of 565), according to data from the criminal justice institute.

Indiana has a primary seat belt law, which allows law enforcement officers to stop and cite drivers and passengers for failing to wear a seat belt. Drivers can also be cited for each unbuckled passenger under the age of 16.

“Every time you go somewhere in a vehicle, whether you’re a driver or passenger, you should always wear a seat belt,” said Devon McDonald, ICJI Executive Director. “Not only is it the law, but it’s the single most effective thing you can do to protect yourself on the road.”

When it comes to seat belt safety, the department recommends making sure the lap belt is properly secured across the hip and pelvis, below the stomach. The shoulder belt should be positioned across the middle of the chest and away from the neck – never behind the back or under an arm.

If the seat belt doesn’t fit, or the car is older and only has lap belts, ask the car dealer or vehicle manufacturer about seat belt adjusters, extenders, or retrofits.

Additionally, children under eight must be properly restrained in a federally approved child or booster seat. Parents and caregivers can choose the safest car seat for their child by visiting TheRightSeat.com or to find a certified Child Passenger Safety Technician, who can inspect and assist with the installation of a car seat, visit www.childseat.in.gov.