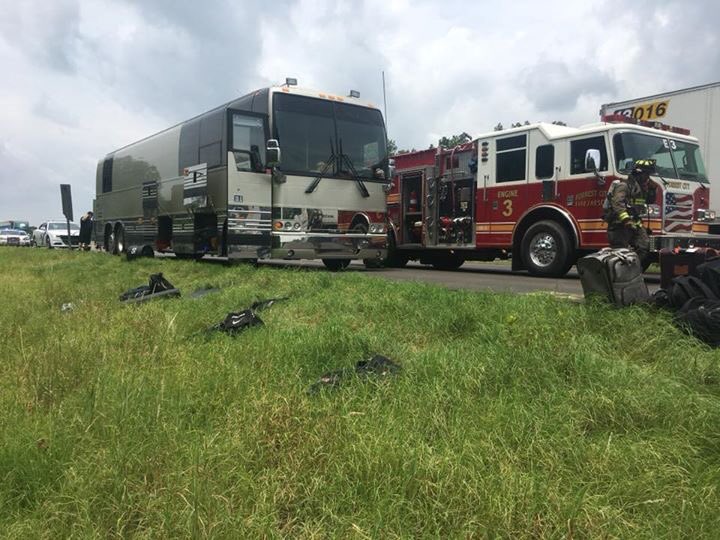 Grammy-winning country band Shenandoah had quite the scare Sunday (June 24) when their tour bus caught fire on the way home from playing weekend concerts in Texas.

The emergency happened in Forest City, AK—and while the photos the band posted on social media appear alarming, thankfully nobody was harmed.

“BUS FIRE!! It’s never a dull moment out here with Shenandoah," they captioned a photo collage, which showed off the dramatic episode. "Our bus caught on fire this morning in Forest City AR but we got it put out. Now to get home!"

Shenandoah was involved in a different type of fiery bus emergency back in 2014, when the band was on the road and found themselves on the road with an intoxicated driver, who crashed into the back of a fuel tank-carrying vehicle. The tank exploded and the Shenandoah tour bus, which was close behind, drove through the flames and proceeded to sideswipe one of the vehicles. Luckily for them, again, none of the band or crew was hurt.

Shenandoah are currently touring for their 30th anniversary tour this year, which will continue through November. They released a live album, Reloaded , March 16.