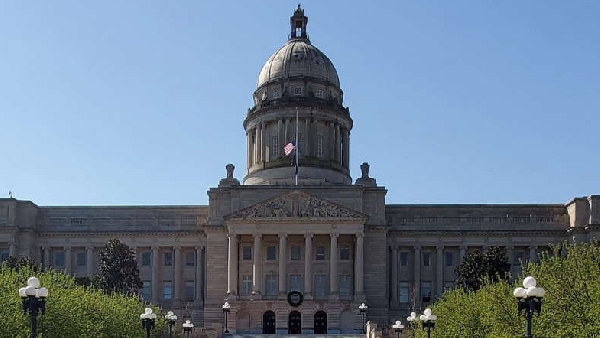 FRANKFORT, Ky. (KT) – State General Fund receipts last month reached an all-time record, up by more than a third compared to April 2021, while Road Fund income dropped during the same period, according to figures released by the State Budget Director’s office on Tuesday.

April’s level of General Fund receipts of $1.84 billion is the highest monthly amount ever reported. Receipts rose 34.9% over last April’s collections, bringing the year-to-date growth rate to 16.4%. Over 80% of the revenue increase over last April was from the individual income tax.

Last year, April collections were lower than normal due to a change in the filing deadline from April to May. Still, the 16.4% year-to-date growth rate is more than twice the 7.2% budgeted growth rate for the current fiscal year, which ends June 30.

“Salary and wage withholding receipts were up 23.1% in April, and major business tax receipts up 29.7%, and are on pace to exceed the most ever in a fiscal year," he stated. "Even with the change in last year’s individual income tax filing deadline from April to May, revenues are exceeding expectations.  These good results continue to be driven by increased income and profits in Kentucky’s economy.”

At the same time, Road Fund receipts fell 8.7% in April, as prior year receipts were inflated due to timing issues. Collections for the month were $148.5 million. Year-to-date growth in collections now stands at 2.3%.  Based on year-to-date tax collections, revenues must increase 2.2% for the remainder of the year to meet the estimate. The recently released interim revenue estimate calls for Road Fund revenues to increase 1.6 percent in FY22 which would result in a small revenue shortfall of $11.2 million.