Local Traffic To Use Current Bridge 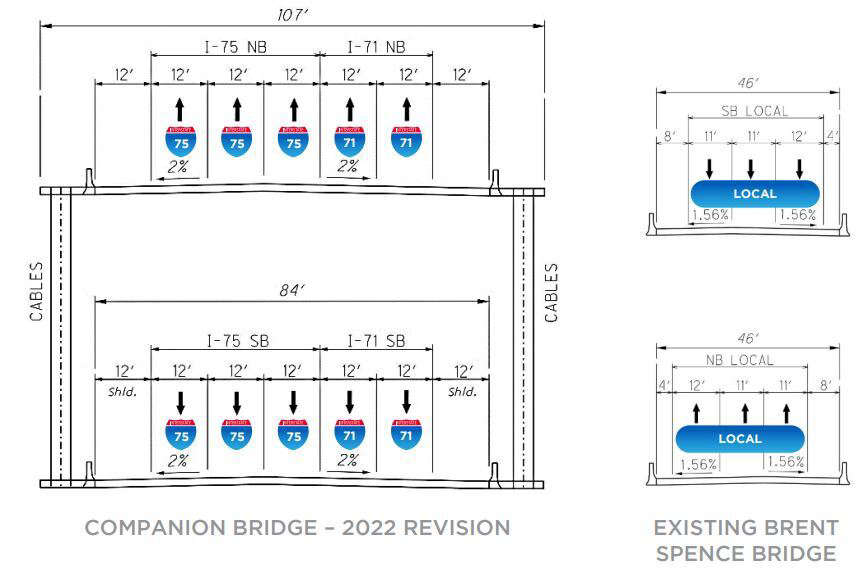 Newly revised designs for the future of the Brent Spence Bridge and its planned companion bridge were released Friday by Governors Mike DeWine and Andy Beshear.

New revised plans for the Brent Spence Bridge have only local traffic on the existing bridge. A companion bridge will only host highway traffic. 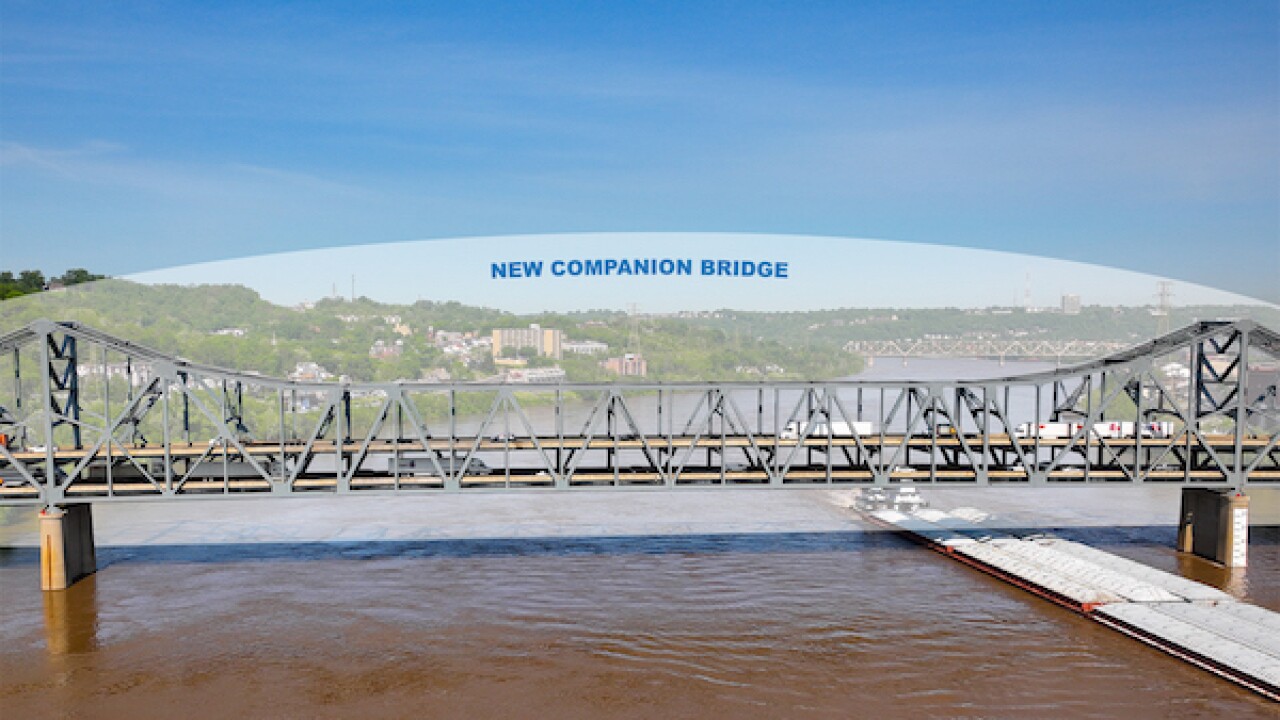 The companion bridge's footprint is greatly reduced from plans created in 2012, which would have given it four separate corridors, all with different destinations intended. Under that model, the companion bridge would have had 14-foot shoulders on either side. The 2012 model also would have had both highway and local traffic traveling both bridges, something the new model eliminates.

The 2022 model still successfully reduces congestion and improves safety for both bridges, but with the added result of having fewer property impacts overall, according to a press release from Beshear and DeWine.

In February, Governors Mike DeWine and Andy Beshear signed a memorandum of understanding seeking to secure federal funding from the infrastructure bill that would go toward fixing major traffic issues at the Brent Spence Bridge. They jointly submitted an application requesting nearly $2 billion in funding in May, but those funds have not yet been approved.

The possible reality of funding to solve the Brent Spence Bridge's traffic debacles has been just out of reach for drivers in the Tri-State for years and time has become a crucial component. Opened 59 years ago, the bridge has long been considered functionally obsolete, carrying about 180,000 vehicles a day, which is more traffic than it was built to handle.

The bridge has officially needed a replacement since at least 1998, when the Federal Highway Administration determined it was no longer accommodating traffic needs.