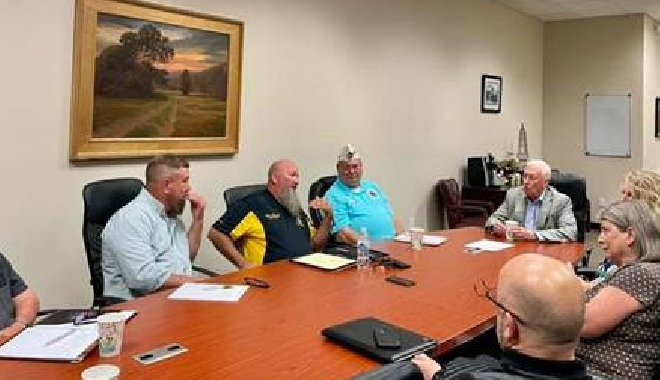 Columbus, IN – On Friday, U.S. Congressman Greg Pence (IN-06) hosted the Annual Sixth District Veterans Advisory Board meeting. The board is comprised of veterans within the Sixth District and those who serve as leaders on veteran’s issues.

Each member of the Board serves on a volunteer basis and provides counsel to the Congressman on all matters relating to veterans, including legislation pending in the United States House of Representatives. The Board’s discussion included topics about VA backlogs, veteran mental health issues, telehealth, and military tax issues.

“My top priority is constituent services. This Advisory Board of veterans and community leaders throughout our district plays a key role in helping me serving our Hoosier veterans in Washington D.C.,” said Congressman Pence. “The men and women who served our nation deserve our support, and as a fellow veteran it is my honor to serve them in Congress. I want to thank all our members on our Veterans Advisory Board and the continued dialogue on issues that matter to the veteran community.”

Congressman Pence continues to be a vocal advocate for veterans and veterans related issues, including: