Former Co-owner Of Hinkle's Passes Away 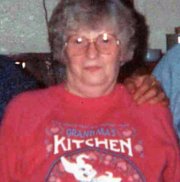 Was also co-owner of AJ's in Vevay

She was raised in Deputy, Indiana, where she attended high school and resided in Madison, Indiana and later moved to the Vevay community in 1980 where she resided until her passing.