Schools Back, Watch For Buses

Kids are heading back to school across the district (some have already started), so here's a refresher on school bus safety and when you have to stop! 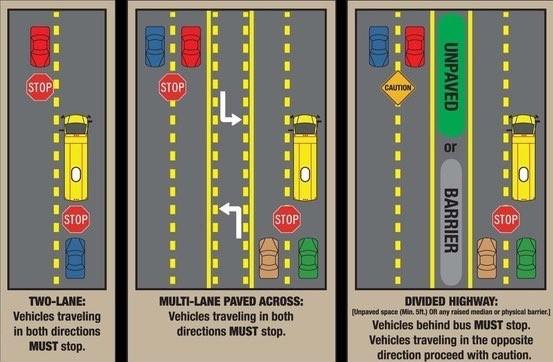 Law enforcement agencies across Indiana plan to crackdown on bus stop violations as the new school year begins.  Governor Holcomb announced yesterday that the Indiana Criminal Justice Institute would be helping with that effort by funding overtime patrols for the next two months.  Three-hundred-and-eighty-thousand dollars will be awarded to 39 police agencies.  They will be ensuring drivers stop for school buses that have the stop arm extended while loading and unloading students.

Another back to school change includes that if a school bus is operated on a U.S. or state route, outside city or town boundaries, the bus driver may not load or unload a student at a location that requires the student to cross a roadway. The only exception is if there are no other safe alternatives.

The law also says school bus drivers should load or unload students as close as possible to the right-hand curb or edge of the roadway.

Rep. Terry Goodin, an Austin Democrat who also is superintendent of Crothersville Community Schools, said the school corporation had to make some changes to their bus routes but that they were already complying with the additional safety codes.

“We changed up some routes to make sure we were picking up kids on certain sides of the road and on the door side of the bus,” he said.

Goodin said their bus drivers are professional who do a “superb job” and are “always on the spot.”

“They treat those kids that get on that bus just like they would their own,” he said. “They’re conscious about the safety procedures and habits.”

Adam Baker, spokesman for the Indiana Department of Education, said the department has spoken to most districts and, so far, all have said they are able to comply.

He said IDOE wrote and distributed guidance for the districts based on the new law.