Defendants is presumed innocent unless and until proven guilty. 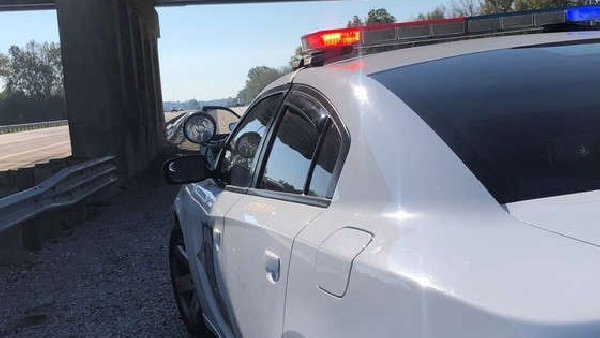 Seymour-Wednesday morning, a trooper with the Indiana State Police-Versailles Post stopped a vehicle on I-65 in northern Jackson County for traveling in excess of 100 mph.  Following a brief investigation, two juvenile occupants of the vehicle were arrested on various charges.

During further investigation, the driver was found to be in possession of an alcoholic beverage and a look-a-like marijuana substance.  Two realistic looking fake firearms were also found in the vehicle.  The 17-year-old was arrested on initial charges of reckless driving, possession of an alcoholic beverage by a minor, and dealing in a look-a-like substance.

The 16-year-old was found to be a missing/wanted person.  The juvenile was wanted on felony charges of burglary with a deadly weapon, robbery, and failure to appear.

Both juveniles were transported to the Jackson County Jail where they were initially remanded to the custody of the jail staff before being transported to a juvenile detention facility to be held pending court appearances.