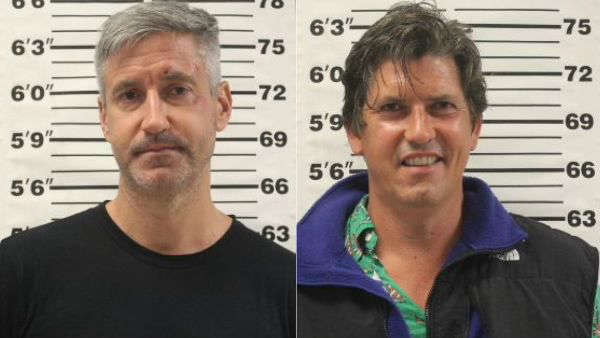 June 25, 2022, at approximately 2:00 AM Madison Police responded to a report of several male subjects climbing over the gate at the Lighthouse Restaurant.  Upon arrival, officers observed several males on the business side of the Lighthouse's locked gate.  Officers gave verbal instructions for the men to return to the gate, for investigative purposes, however they refused.

Officer Curtis Shelpman was able to climb over the gate and was soon followed by Captain Season Jackson.  As Officer Shelpman attempted to take one of the males into custody, he physically resisted.  The other male, later identified as Stephan R. Meyer, got into a boat and rammed the dock in which Officer Shelpman was on. Shelpman was struck in the shoulder area by the boat and almost knocked into the river.

Captain Season Jackson attempted to tie the boat to the dock, however the driver (Stephan Meyer) pulled away as Captain Jackson was holding the rope. Officer Jackson too was almost pulled into the river.  Officers were able to take Evan S. Meyer, the initial person they came in contact with, into custody.  Stephan R. Meyer fled in the boat west bound toward Hanover Beach.

A fisherman was present in the area when the incident occurred and assisted MPD with locating the fleeing vessel.  Officers found the boat involved at Hanover Beach, with the driver (Stephan Meyer) nearby.  Meyer was taken into custody by law enforcement and the boat was towed as evidence.  Officer Graham Heffelfinger, Officer Ben Flint, DNR and the Jefferson County Sheriff's Office assisted with the investigation.  The boat is believed to be owned by a family member of the Meyer brothers. Officers Jackson and Shelpman sustained minor injuries.

Evan S. Meyer and Stephan R. Meyer have the presumption of innocence until otherwise proven guilty.