Madison School Board voted 5-0 to approve a $1.3 million bond to convert the football stadium to field turf. Protect is hopeful of being completed by August. 1. The School Board also votes 5-0 to withdraw Madison from the Hoosier Hills Conference. The move will happen after the 2020-21 athletic season. The Cubs are not moving to another conference. Instead they will be independent. And also in a 5-0 they will name the baseball field at the junior high, "Mike Modisett Field." 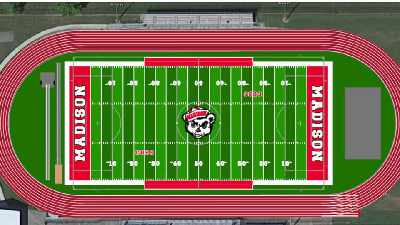 The women's team clinched a first round bye in the HCAC post-season tournament as they defeat Franklin College 70-64. Alexis Nall 26 and former Madison Lady Cub, Katie Hartman 15 for the Panthers. With five games left in the regular season they remain one game back of Transylvania who they play at home on February 19th.

The men's team moved into a three team tie for first in the HCAC as they defeat Franklin College for the second time this season 74-53. Kevin Williams 19, Mark Albers 12 and Conner Washburn with 11. Panthers now tied with Transylvania and Franklin. Hanover takes on Transy on the road on February 19th.

Shawe's Ethan Stuart need only one point to top 1,000 points in his career and should get it at home as the Hilltoppers host Christian Academy of Indiana.

Southwestern's Foster Mefford also looking to join the 1,000 point club as the Rebels junior needs only 17 points for that mark and Mefford could do it at home against South Ripley. You can catch that contest starting at 7:15 with Larry & Rob on 95.3 WIKI.

Madison will try and end a four game losing streak as they travel to Seymour.