ORSANCO may scrap pollution standards followed by each state along the Ohio River. 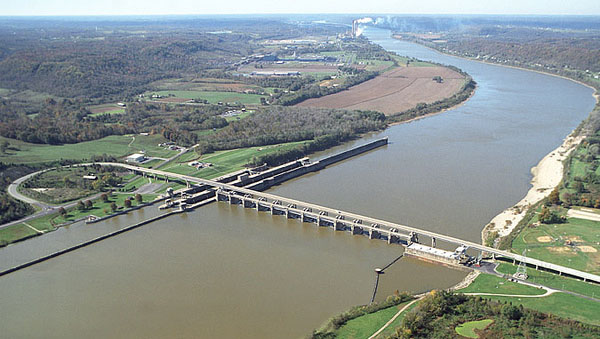 Ohio River at the Markland Dam. Environmental groups say water quality control standards for the Ohio River are crucial for Indiana, given its position downstream.

(Indianapolis, Ind.) - A vote this week will determine if Indiana and other states will lose some pollution control standards for the Ohio River.

The Ohio River Valley Water Sanitation Commission, known as ORSANCO, has provided oversight of pollution levels in the river for more than seven decades.

Commissioners from the eight states involved, including Indiana, are deciding whether to dissolve their standards and allow state and federal standards to take precedent.

Dr. Indra Frank, director of environmental health and water policy for the Hoosier Environmental Council, says it's a precarious proposition for Indiana, which is downstream from other Ohio River states.

"There are at least 490 different permitted wastewater discharges that go into the river before it ever reaches Indiana," she points out. "So we could be a state that would feel the impact more than others when the standards are lowered."

Frank explains there are 53 Indiana standards that are weaker than ORSANCO standards, and the state is lacking 50 different chemicals tests that ORSANCO covers.

Commissioners say the standards are redundant, but opponents say dropping them would leave gaps in water protections for the river.

The vote is scheduled for this Thursday.

Frank notes the proposal comes at a dangerous time, as federal leaders are working to weaken Clean Water Act Protections.

And she contends ORSANCO has not fully realized the possible repercussions.

"The commission has not studied how loss of these standards will impact permitting, water quality or state regulations," she states. "And in the absence of that careful study of what the consequences would be, this is really a very drastic step to take."

Commissioners argue that without having to focus on water quality standards, resources can be directed towards water monitoring and research, and other programs.