When the offense occurred, subject was an assistant wrestling coach at South Dearborn Middle School in Aurora

Dearborn County-On Friday, June 28th, a Dillsboro, Indiana man turned himself in at the Dearborn County Law Enforcement Center on charges of possession of child pornography after a warrant was issued for his arrest following an investigation by Indiana State Police Detectives with the Indiana Crimes Against Children Unit. 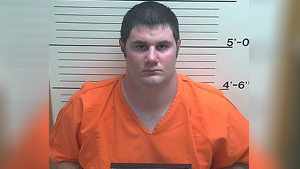 The investigation began in May 2019 when the Indiana State Police was contacted after a cyber tip was provided to the National Center for Missing and Exploited Children.  During the course of the investigation, detectives determined that Karl Hoffrogge, age 20, Dillsboro, Indiana had requested and received nude pictures from a juvenile female through a social media site in January and February 2019.  When the offense occurred, Hoffrogge was an assistant wrestling coach at South Dearborn Middle School in Aurora, Indiana where the victim was a student.