Shortly after arriving in the area, ISP units, along with K9 Riggs, located the subjects in their vehicle in the Clarksville Walmart parking lot. 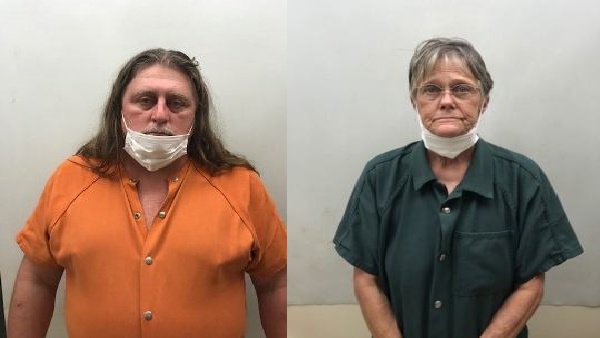 (Clarksville, Ind) - A man and woman wanted by U.S. Marshalls in Oklahoma were arrested on Tuesday as they stopped at a local Wal-Mart.

Tuesday afternoon, U.S. Marshalls contacted the Indiana State Police (ISP) Drug Enforcement Section and the All Crimes Policing Squad in Sellersburg with information that a California couple wanted on warrants out of Oklahoma were possibly in the city of Clarksville. Marshalls provided a description of both subjects and a vehicle description along with a possible location. Shortly after arriving in the area, ISP units, along with K9 Riggs, located the subjects in their vehicle in the Clarksville Walmart parking lot.

After confirming their identity, both subjects were taken into custody on the warrants; however, a subsequent investigation led to officers requesting a search warrant for the vehicle. That investigation uncovered methamphetamine, marijuana, and paraphernalia. Both subjects were arrested and transported to the Clark County Jail to await extradition on the Oklahoma warrants.

Tom Baker,50, of Corona, California, and Linda Swift,69, of Artois, California were arrested and charged with:

“All subjects are presumed innocent until and unless proven guilty in a court of law.”