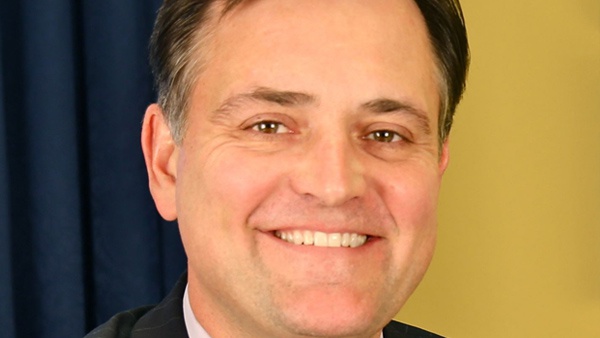 Messer, a Republican congressman who is running for Indiana’s U.S. Senate seat up for grabs in 2018, authored the Students, Teachers, and Officers Preventing School Violence Act of 2018.

The STOP Act allows schools to apply to a $75 million matching grant program this year to help fund security improvements. The amount increases to $100 million starting in 2019.

It is the first school safety legislation signed into law by President Donald Trump since the Valentine’s Day massacre at Marjory Stoneman Douglas High School in Parkland, Florida. Messer called the new law a major win for securing schools and better protecting students.

“Hoosiers get it. Targeting the Constitutional rights of law-abiding gun owners is not the answer. I applaud President Trump for focusing on areas of consensus and delivering for Hoosier families, teachers and students,” Messer said.

In addition to facility and technology security improvements, schools could use the matching grant to train students, staff, and local law enforcement for emergency situations.

Messer used Southwestern Shelbyville High School as a model for the legislation. The small school has earned the title of “America’s safest school” thanks to the number of innovative security measures it has implemented and its coordination with law enforcement.

“Right here in Indiana, Southwestern High School has gained a national reputation for school security,” Messer said. “More schools across America will now be able to follow this model to help keep our students safe."

I spoke on the House floor today to urge the U.S. Senate to do its job and pass the #STOPSchoolViolenceAct to secure our schools and keep students safe. pic.twitter.com/NlDJvYs9RR