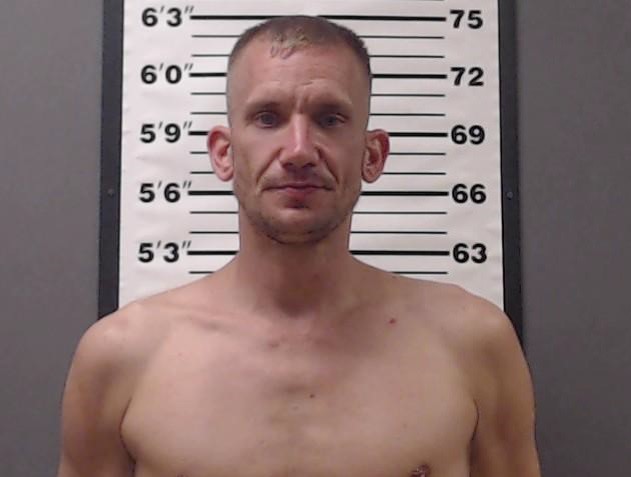 For the May 3rd, 2019, attempted murder of Johnathan Bell

After entering a plea of Guilty but Mentally Ill, on Wednesday, November 20, 2019, Joseph Steven Keith Newcome, 34, of Madison, was sentenced to 38 years for the May 3rd, 2019, attempted murder of Johnathan Bell, 23, also of Madison.

Prosecutor David Sutter thanked his staff for their efforts in bringing the case to a resolution. “Chief Deputy Prosecutor, Blaine Goode, did an excellent job working with all parties in this case to achieve justice for the victim,” said Sutter.

The conviction and subsequent sentence of Mr. Newcome began when police were dispatched to the Victoria Inn, 801 E. Main Street, Madison, in response to a report that a person had been stabbed and that a male with red hair had been seen fleeing the area on foot. Upon arrival at the scene, Jefferson County Sheriff’s Officer, Captain Keith Hartman, and Madison Police Department Detective, Sergeant Ricky Harris, found Tiffany Swafford, the owner of the Inn, with the victim and applying pressure to his wounds. Bell, was in a common hallway on the floor outside room 200, and appeared to have multiple stab wounds to his abdomen and was bleeding heavily.

Emergency responders arrived on scene and transported Bell to Kings Daughters Hospital. Police attempted to interview Bell at the hospital, but he was not able to speak due to his condition. Bell was subsequently transferred to University of Louisville Hospital, where he underwent emergency, life-saving surgery.

In her interview, Swafford stated she observed a man with red hair run quickly out of the building, wearing a bright orange t-shirt, a brown vest, and beige shorts. At first, Swafford thought he might have stolen something, but was later alerted by someone in the hotel of Bell on the second floor.

Meanwhile, a call to dispatch was also made on May 23, 2019, from a woman, Mary Horton, stating that a man she knew as “Joe” had run to her home, taken one of her shirts, and had made a phone call to his mother that he “took care of it” and “not to call the police.” Officers then visited the home of Mary Horton and she identified the man through a photograph as Joseph Newcome.

After visiting the last known address of Newcome and finding no one there, detectives traveled to the Ponderosa restaurant to meet with Joseph Newcome’s mother, Sherri Hardiman. Sheri stated that Joseph had sent her text messages earlier that day asking her to pick him up at the Victoria Inn. She then opened her messaging app and police observed pictures of the victim lying in bed at the Victoria Inn. At that time, Ms. Hardiman allowed police to look at her phone and photograph the messages. The phone was also collected as evidence.

Further investigation of the cell phone records found multiple messages from Joseph to his mother. One stated, “I need you at the Victoria inn 2nd floor very front left door.” He also sent photos of Bell and referred to him as a “snitch” and made references that Bell was a member of the Iron Order. Another message to his mother states, “Room 200, bcareful (sic) coming up.”

Later that day, Newcome was located in the parking lot of Burger King and was taken into police custody. He was read his Miranda rights and interviewed by Detective Yancy Denning and Deputy Tim Armstrong. Newcome told police he worked with Bell at Royer on third shift and that he had gone back with Bell to his room at Victoria Inn. He said while there they had conversed about engaging in sex acts, but nothing ever took place. Newcome stated that he had heard Bell was a member of the Iron Order and that they might try to kill him if they knew he had agreed to engage in a homosexual act. He reported to police that as Bell appeared to be sleeping, he removed Bell’s knife from his waist and stabbed him with it and that he did so intentionally, because he was in “fear for his life” and he needed to “get him” so he himself wouldn’t get killed. Newcome said he then put the knife down in the room, got scared and fled the scene.

Newcome will serve his 38-year sentence in the Indiana Department of Correction. The designation of mental illness does not impact the amount of time the defendant will serve, but will require him to be evaluated and be treated for mental illness during his incarceration.

"This case was quickly resolved thanks to the prompt and skillful investigative work of the City of Madison Police Department, the Jefferson County Sheriff's Department, and the Indiana State Police," said Prosecutor David Sutter.