Prosecutor: Indiana Will Work With White House On Opioids 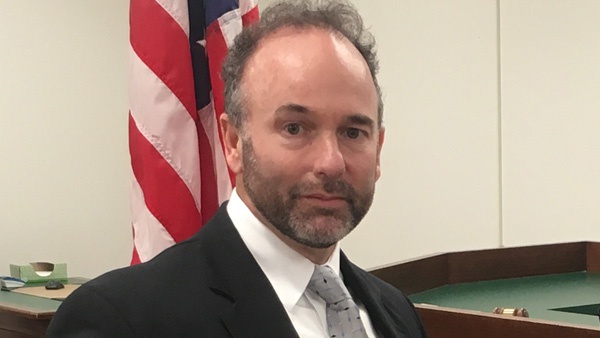 The plan announced by the White House earlier this month includes $13 billion in new funding for promoting drug abuse prevention and tracking overdoses, cracking down on drug dealers, stopping the importation of drugs into the U.S., and expanding access to treatment.

In a speech about the opioid crisis in New Hampshire this week, Trump said many families are dealing with terrible hardships because of opioid abuse. Among his most discussed remarks, Trump has stated that there should be the possibility of the death penalty for drug traffickers.

U.S. Attorney General Jeff Sessions wrote a letter to prosecutors and said the threat of execution would be helpful in the continuing fight against drug trafficking and the destruction it causes.

“The federal plan presented this week offers a comprehensive approach to an epidemic that threatens the well-being of all Americans. Indiana Prosecutors look forward to working with our federal partners to eliminate this scourge and improve the lives of all Americans,” Hertel said.

Earlier this week, Indiana Attorney General Curtis Hill voiced his support of Trump’s plan to combat opioids. Hill recently announced an expansion of his office’s opioid legal team as part of an effort to attack the crisis.

“Countless Hoosiers have witnessed firsthand the devastation drug addiction has had on members of their family, friends and neighbors,” Hill said March 19. “From my first day in office, we have prioritized attention and resources toward fighting this crisis that is destroying Hoosier lives and devastating Indiana communities. I support the initiatives put forth by the President today, and I look forward to continued collaborative efforts with the federal government toward a solution to this devastating crisis.”

Indiana lawmakers continued to focus on combating the opioid epidemic during the recently concluded legislative session. Governor Eric Holcomb signed four bills dealing with the matter into law on Thursday.

The bills will increase the number of opioid treatment locations from 18 to 27, allow prosecutors to charge drug dealers who sell to a fatal overdose victim with the highest possible felony, require coroners to submit more detailed data on overdoses, and expand the system that monitors opioid prescriptions.

“I commend Indiana lawmakers for taking big steps this legislative session to help us attack the epidemic from every angle—addressing the supply and demand side of drug addiction with new laws that enhance enforcement and prevention while expanding treatment for those who desperately need help,” the governor said.

Each of the measures were part of Holcomb’s Next Level Agenda for tackling drug abuse.