Madison names Morrison as the next Athletic Director effective immediately

Began his tenure with Madison in 2015 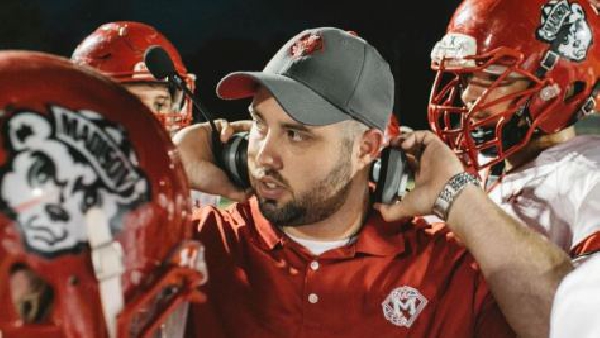 “I am so very honored to have been chosen to continue the work Joe and I have done together for the last three years,” Morrison said. “I am committed to making this a smooth transition for our current athletes and coaches while building on the solid foundation we have established over the past several years. I am familiar with all aspects of our program, where we have been, where we are, and where we want to be as a school. Excellence will continue to be the pursuit.”

The interview process was extensive for the eight candidates who were interviewed. “There were four committees and separate interviews with coaches, parents, administrators, and students involved in the process,” shared Dr. Teresa Brown, Superintendent. “This was done so we could understand and include different perspectives in order to be sure we selected the candidate that fits our culture, mission, and goals for the department. This was a new process but proved effective and efficient as the group was able to come together to learn what everyone else valued in the role and who they felt represented Madison and our values best.”

During the interview process, Morrison shared his goals for the department:

1. Provide an environment where student-athletes can reach their optimal potential while becoming Madison Cubs.

2. Be A Positive partner with the Community

4. Promote our Student-Athletes as community role models and good citizens

5. Encourage Student-Athletes to be Multi-Sport Athletes

6. Continue to make Madison Consolidated High School one of the Premier Athletic Venues in Southern Indiana

7. Expand on postseason hosting and apply for later rounds of the State Tournament

8. Continue to develop the Branding of Madison Athletics- keeping a consistent theme, logo, and mission across all of our programs

10. Continue to Build Relationships between Jr. High & High School Programs and start a Student Athletic Council at the Jr. High

12. Work to Keep our Student-Athletes at Madison Consolidated Schools

13. Find/Develop a Conference for Madison Consolidated High School to Join

“My wife, Jessica, and our two kids Collynns and Asher are Madison Cubs and our family loves everything about it,” Morrison said with a smile on his face. Perhaps Dr. Brown summed it up best when she said, “you know it’s a great hire when everyone you talk with is excited about the selection!”