The winners will be named on Friday, January 17 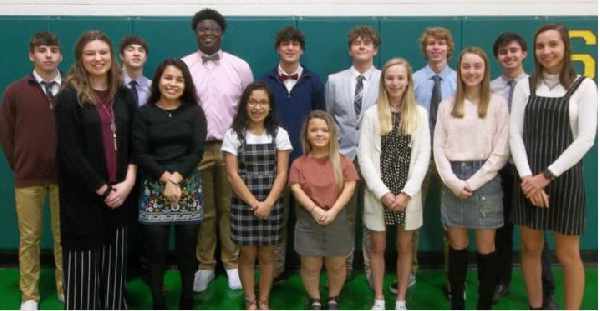 (Madison, Ind.) - Fourteen students have been selected by their peers to represent their perspective classes for this year's Shawe Memorial High School Homecoming.

The school announced its homecoming court of eight senior boys and girls who have been selected by their peers to represent the class of 2020.

The court also includes on boy and girl candidate from each of the remaining classes.

On Friday, January 17 during the basketball game against Trinity Lutheran, the winners will be declared King and Queen as well as Prince and Princess.

The students chose the theme for this year’s homecoming to be “The Happiest Homecoming on Earth.” Throughout the week the school will be having Disney themed dress days, extra spirit activities, as well as a dance.

They are hiring for three positions.

Trooper Kyle Taylor, of the Indiana State Police in Sellersburg, was patrolling on I-65 in Scott County when he observed a vehicle traveling at a high rate of speed.

Walker, has been serving as a conservation officer for 10 years.