Gold Cup Comes Back To Madison 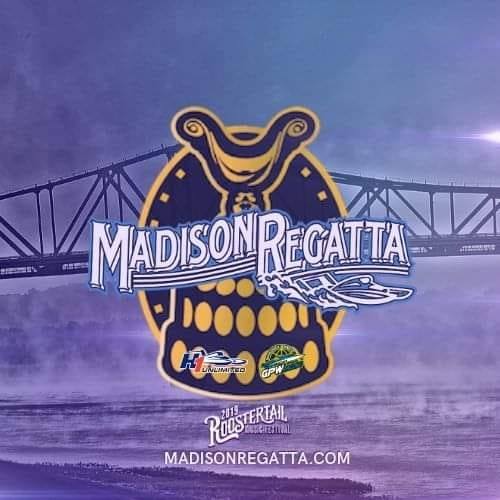 MADISON, INDIANA (March 6, 2019)--It is with great excitement that the H1 Unlimited Hydroplane Racing Series, in conjunction with the Madison Regatta, announce that the 115 year-old American Power Boat Association’s Gold Cup unlimited hydroplane race will be held on the Ohio River during the Madison Regatta and Roostertail Music Festival, July 4-7, 2019.

The A.P.B.A. Gold Cup race is the oldest in American motorsports. The Gold Cup was first awarded 1904.

“This speaks volumes to the entire committee for their hard work and commitment to this event,” Madison Regatta President Matt True said. “We have come together, focused on the event and with everyone doing their part, we are a powerful team doing great things for Madison. We are listening to our fans and delivering the things they think are most important.”

The two organizations came to the agreement on Wednesday and will bring the A.P.B.A. Gold Cup back to Madison after nearly a 40-year absence.

Tim Austin, chairman of H1 Unlimited Board of Directors said, “H1 Unlimited is very pleased that the Madison Regatta values the importance of the Gold Cup, its heritage and unlimited hydroplane racing."

The H1 Unlimited hydroplane teams are very happy this 100 plus year Gold Cup tradition continues in a town deep seated with its own boat racing heritage.

It had been contested in Madison three times prior to today’s announcement. In 1971, in a story book ending, the city’s hometown underdog hydroplane, Miss Madison, won the race with her hometown driver Jim McCormick driving.

After 1980, Detroit, Mich. hosted the cup thirty times, most recently in 2018. Seattle, San Diego, Evansville, Ind., and Kennewick, Wash. each hosted the Gold Cup twice since it was last held in Madison.

Promoters in Detroit elected not to host the Gold Cup and the leaders of the Madison Regatta didn’t hesitate in showing their total support in hosting the Gold Cup.

This year marks the 69th year a professional unlimited hydroplane race will be held in the town of Madison, Indiana. Madison is the largest city along the Ohio River between Louisville, Kentucky and Cincinnati, Ohio.

Due to rough water conditions and bad weather, the Madison Regatta had experienced several down years but this winter the organization paid off the last of its outstanding debt paving way for the Gold Cup’s return to Madison. The non-profit group also announced in their general meeting they will also pay the additional sanctioning fees for two years, guaranteeing the race in 2020 as well.

The A.P.B.A. Gold Cup will not be the only race action fans will be treated to over an action-packed weekend. The Grand Prix World class of automotive-powered hydroplanes will compete for the North American Championship and several classes of vintages hydroplanes are expected as well.

In conjunction with the boat racing, the Roostertail Music Festival, has grown into one the largest music festivals in the state of Indiana, will provided two-straight days of music on the riverfront.