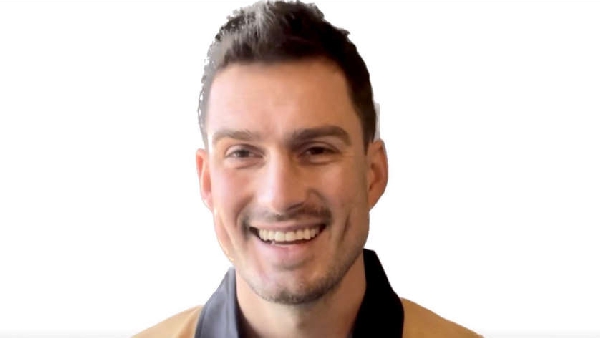 Miss Madison Racing is announcing today that Andrew Tate will drive the U-91 Miss Goodman Real Estate in 2023.

Tate, 33, of Canton, Michigan returns to the cockpit of an Unlimited after a successful stint racing in the Grand Prix class of the Hydroplane Racing League.

The 2018 H1 Unlimited National Champion and A.P.B.A. Gold Cup winner is a hard-charging fan favorite and a natural fit for the Miss Madison Team. A fourth-generation racer, Andrew began in outboards at nine years old. Since 2006 when he moved to the Inboard classes, Tate has won more than one hundred races total in American Powerboat Association or Hydroplane Racing League events, including nine national championship titles, and has been inducted into the APBA’s Hall of Champions three times (2010, 2016 and 2018).

Joining the team, Tate said that “this is a little kid’s dream come true. It’s great to be a part of this team.  Miss Madison has become a pillar in the world of boat racing and the city of Madison has been a part of my life since childhood.  I’m looking to build on the Miss Madison legacy of success with Goodman Real Estate as I build my own legacy with the team.  With Jimmy Shane’s retirement, I know that I have big shoes to fill on this team. Some of the success I’ve had already is that much more meaningful because I beat Jimmy Shane”.

John Goodman, Chairman of Goodman Real Estate welcomes Andrew to the team, stating, “Goodman Real Estate is here not just to race, but to win. We built a solid foundation with the team this past season. With Andrew onboard and some off-season updates to the boat, we know that we can take it to the next level.”

“We are extremely excited to have Andrew join and lead our team” added Miss Madison Board President Charlie Grooms.  “The 2023 H1 Unlimited season will certainly be a “reset” for the Miss Madison team in any number of ways and we could not be happier than to have Andrew lead us in what will be our 62nd year of racing.

Andrew, his mother, his father, grandfather, and great-grandfather, have all been champion racers and our Board, sponsor partner - Goodman Real Estate, and our crew are excited to have an Unlimited National Champion driver lead us in 2023 and beyond. Our owners, fans and all our sponsor partners have come to expect National Championship efforts and we are certain Andrew will continue that winning tradition.”