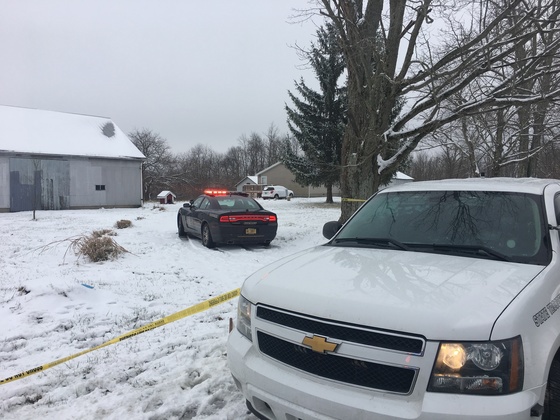 Sunman-The investigation into the officer involved shooting that occurred Saturday in northern Dearborn County is ongoing.  During the incident, two officers shot at a man who pointed a firearm at them when they arrived at the scene of a disturbance, reported to involve a man armed with a gun.  That man was shot at least once and later passed away at Margaret Mary Hospital in Batesville, Indiana.

The deceased has been identified as Christopher A. Schmitt, age 58, who lived at the residence where the incident occurred.  Schmitt’s family has been notified.

One of the officers involved in the incident was Trooper Jordan Craig, a three year veteran of the Indiana State Police. The second officer was Deputy Brian Weigel, who has been an officer with the Dearborn County Sheriff’s Department for over a year.

The investigation will be handed over to the prosecutor’s office for review at its conclusion.

At approximately 10:50 Saturday morning, officers from the Indiana State Police and Dearborn County Sheriff’s Department responded to a disturbance, reported to involve a man armed with a firearm, at 12300 Five Point Road in northern Dearborn County.

When the deputy and trooper arrived and started to approach the residence, they were confronted by a man who pointed a firearm at the officers. This resulted in both officers firing their weapons at the suspect.

After arriving at the hospital, the suspect was pronounced deceased.

The names of the involved officers and the deceased suspect will be provided in a future release.

Detectives from the Indiana State Police-Sellersburg District will be leading the investigation.

Once the investigation has concluded it will be forwarded to the Dearborn County Prosecutor’s office for review.