Two area athletes are headed to the IHSAA Boys State Track and Field Championships after performances in the Bloomington North Regional. Madison's Daunte O'Banion won the 400 dash with a school-record time of 48.44. That time represents the 4th-fastest in the state. Southwestern's Mitchell Cline placed 4th in the 400 dash in 49.80, a time that should qualify him for the state finals.

Madison as a team finished 11th and Southwestern 14th. State Finals will be held next Friday at Indiana University. 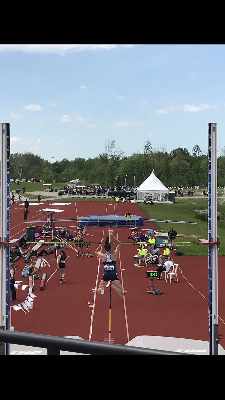 Southwestern advances to the South Ripley Sectional Championship on Monday at 11am after defeating Milan 3-0. Rebels will take on Austin who defeated South Ripley 1-0.

Mother Nature picked up a win last night moving the Switzerland Co. Sectional Championship to tonight at 6 as Southwestern takes on the host Lady Pacers.