Gov. Beshear: ‘Our Future is Now. Time to Move the State Forward with Bold Investments

Governor’s budget builds on record economic momentum by investing in a world-class education system, jobs of the future, while supporting health care and our most vulnerable 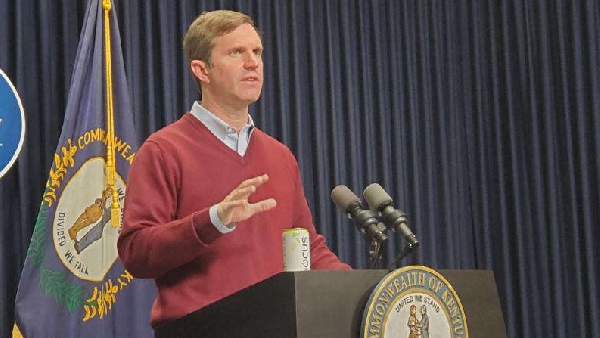 “My budget is titled: ‘Our Future Is Now.’ Because now is when we must make bold investments,” said Gov. Beshear. “Now is our chance to move our state forward: not right, not left, but forward.”

A Responsible and Real Budget Gov. Beshear noted the state is rapidly recovering from the economic impacts of the COVID-19 pandemic and saw record new private sector investments in 2021. The state’s successes under the Governor’s leadership have vaulted Kentucky’s finances to a historic level, which has set the table for game-changing investments.

“Right now we don’t have to choose – we are able to be fiscally responsible while making record investments in our people and in our future,” said Gov. Beshear. “The investments that we make now will benefit many generations to come and forever change our commonwealth.”

The state’s budget strengths include:

The Governor added that today he signed the first piece of legislation to help Western Kentucky communities, which provides $30 million for the impacted school systems and $15 million to speed up medium-term housing to those who lost everything.

“This budget starts at the earliest age, providing universal preschool for all 4-year-olds and full-day kindergarten for every Kentucky child – for the first time ever,” said Gov. Beshear. “Pre-K helps address one of the biggest, most pressing obstacles for workforce participation. If we fund pre-K, we do more than just complain about parents getting back into the workforce. We do something about it.”

Among the education investments in the Governor’s budget:

More information on the Governor’s education budget plans can be found here.

Among the economic provisions in Gov. Beshear’s budget plan:

More information on the Governor’s education budget plans can be found here.

Investing in Health Care, Supporting Most Vulnerable Gov. Beshear’s budget makes crucial investments to expand health care access and support services for Kentuckians, including fully funding Medicaid and Medicaid expansion, which many Kentuckians rely on, including more than 660,000 children.

Among the health and support provisions in Gov. Beshear’s budget plan:

“My budget gets nurses into the profession, keeps them in the profession and shows them how much we care,” said Gov. Beshear. “And as your Governor, I want each and every nurse out there to know I care about you. So this budget addresses the challenges of the present, but it also invests in our bright future.”

More information on the Governor’s health and support budget plans can be found here.

Public Safety and More Gov. Beshear detailed several other areas where his budget invests in the future of Kentucky and our families.

Other provisions in the Governor’s budget include:

More information on the Governor’s other budget provisions can be found here.

“We need to continue to be a national leader attracting the jobs of the future,” said Gov. Beshear. “Our families must have access to affordable health care and our most vulnerable need our support and protection. Let’s commit to work together on behalf of our people to build this better Kentucky that we all want. Our time is here. Our future is now.”