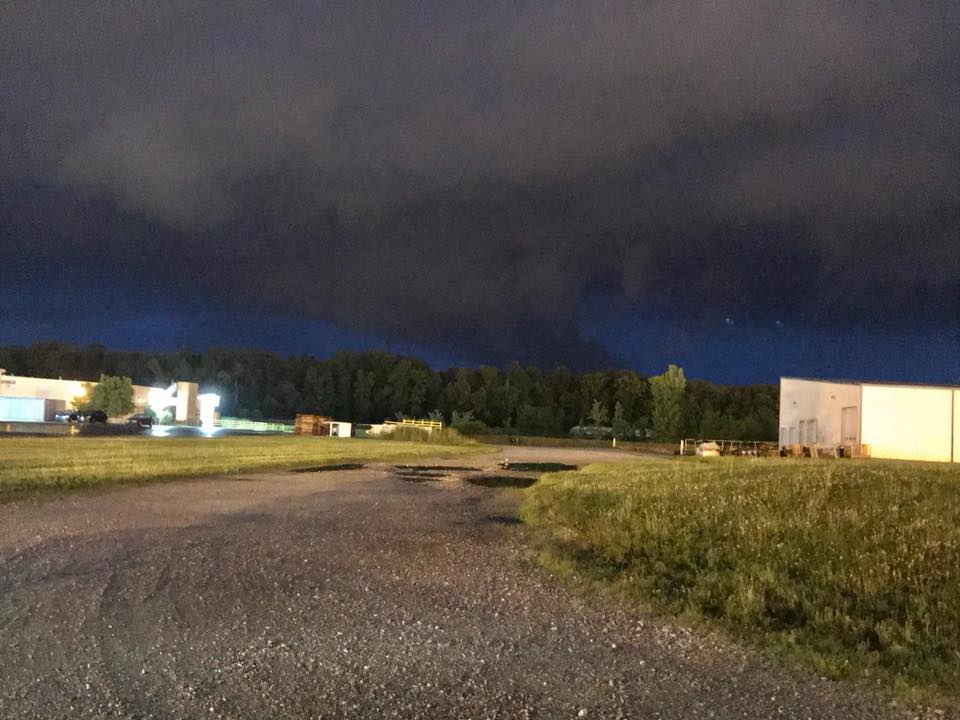 A tornado warning was issued for the county, specifically the towns of Butlerville, Muscatatuck and Nebraska, around 9:40 p.m. The National Weather Service in Indianapolis reported a law enforcement officer spotted a tornado near Butlerville. A sheriff's department dispatcher told Eyewitness News the tornado was spotted near the airport to the northeast of North Vernon.

Tornado warning has been issued for a portion of Jennings County covering much of the area to the northeast of North Vernon. This warning includes the towns of Butlerville, Muscatatuck, and Nebraska. Law enforcement spotted a tornado near the town of Butlerville. #INwx #nwsind

There were no immediate reports of damage from the storm.

As the storm moved out of the area, a flash flood warning was issued for the northern half of the county, including North Vernon, Vernon and Hayden.