A medical helicopter responded to a crash on U.S. 421 near Versailles Tuesday afternoon. 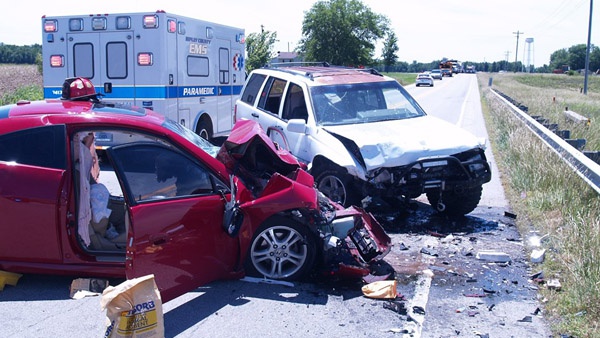 The vehicles which collided just before 1:00 p.m. were driven by Leon Watters, of Muncie, and Brian Tucker, of Butlerville.

Watters was unable to provide a statement to police at the scene. He was transported by Air Methods helicopter to University of Louisville Hospital. His current condition is not known.

Tucker was transported to the hospital by ambulance for apparent non-life threatening injuries.

That crash closed US. .421 for about 90 minutes Tuesday afternoon.