Oldenburg Academy outscores Southwestern 15-7 in the 4th but it is the Lady Rebels holding on for a 39-37 win. Ellie Foley and Ashton Goode with 12 points each to lead Southwestern.

Christian Academy of Madison beat Horizon Christian 56-44 and Calumet Christian 55-52 in Knightstown. Clay Carter and Luke Carter 15 each for CAM in game one, Luke Carter 22 and Trent Haggard 15 points in game two.

Side notes to the Hanover-Franklin game, Jr. RB Shawn Coane surpassed two season high team records. Coane became the leading scorer for a season with 126 points passing the 110 points by Tarrik Wilson in 1998. Rushing touchdowns with 19 passing the 17 touchdowns by Howard Treesh in 1948 . Coane also became the all-time career rusher with 3032 yards in three years passing the old record of 3,022 yards by Anthony Brantley from 1973-77. Shawn is also close on several other season and career records. 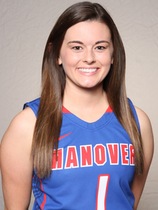 Women's basketball falls to #6 Hope College in the Hope Tip-Off Classic 80-30. Alexis Nall and Kristin Mills each with 8 points.

Switzerland Co. defeats Henryville 46-43.  Aleiah Thomas had 11 points for the Lady Pacers collecting her 1000th point of her career.