Hanover Picked to Repeat as HCAC Champs in 2019

The reigning Heartland Collegiate Athletic Conference (HCAC) Football Champions, Hanover College, are picked to repeat as league leaders in 2019 in a vote of the conference's head coaches as they top the HCAC Football Preseason Poll.

Hanover boasted one of the region's strongest defenses in 2018 behind HCAC Coach of the year, Matt Theobald. The Panther defense held league lows in scoring defense (15.8 points per game) and total defense (281.8 yards per game). Hanover posted a 7-4 record in 2018, earning their first appearance in the NCAA Division III Football Playoffs since 2003.

The Panthers will look to maintain their defensive stronghold, with a trio of All-Conference First Team selections returning to make stops in 2019. Zikk Omoruyi (Palm Beach, Fla.), Kyle Treber (Mishawka, Ind.) and Dakota Manion (West Lafayette, Ind.) each return to the Red and Blue, combining for 233 tackles, including 22 tackles for loss in the 2018 season.

Franklin and Mount St. Joseph also earned shares of the HCAC regular season title, each posting regular season marks of 8-2 and league records of 7-1. The Grizzlies will see four First Team All-Conference players and two Second Team picks back in action in 2019. Franklin will likely be led by the offensive duo of First Teamers Braden Smith (Mattoon, Ill.) and Jacob Earl (Kingman, Ind.). Smith will be back under center in 2019 for the Grizzlies, where he finished 2018 in the top 10 in Division III in passing yards per game (fourth) and passing yards (seventh). Earl will look to have a strong encore to his 1,000+ yard season of a year ago.

Mount St. Joseph will welcome back five All-Conference selections, and a wealth of offensive firepower, led by quarterback Chaiten Tomlin (Mt. Orab, Ohio). In 2018, the senior had a 64.8 completion percentage for 2,983-yards and 34 touchdowns. He will have several targets in 2019, including Chase Pankey (Cincinnati, Ohio) and Paul Minor (Indianapolis, Ind.), who combined for 825-yards and 12 scores a season ago.

Listed below is the 2019 HCAC Football Preseason Poll and the 2019 HCAC Players to Watch.  For more information on HCAC Football, visit the websites of any of the participating schools, or go to the HCAC's home on the Internet at www.heartlandconf.org.  Be sure to stay up to date on all of your Heartland Collegiate Athletic Conference news by following @HCACDIII on Twitter and by liking the "HCAC DIII" Facebook page.

The district has been working over the last 18 months to identify and prioritize their work moving forward. 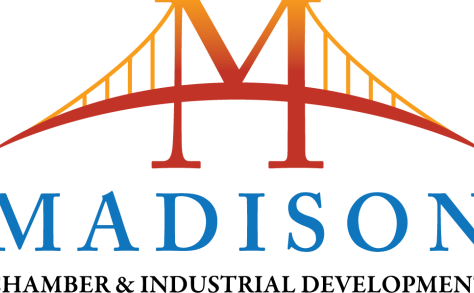 These are digital gift cards that are used for local spending at local merchants.