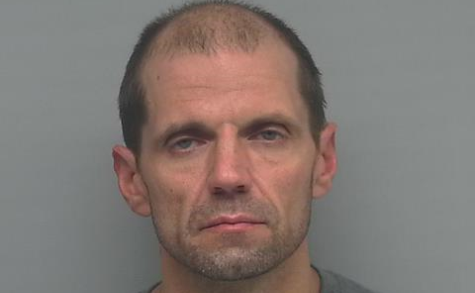 Michael Wayne Baxter, 44, of Roseview Terrace, in New Albany, was arrested around 8:25 a.m. when Indiana State Police, the New Albany Police Department, and the Floyd County Sheriff’s Department arrived with a search warrant.

An investigation began in early February when Trooper Andrew Taylor of the ACP squad learned of possible drug activity at Baxter’s residence.

Also found on the property was a stolen motorcycle out of Louisville, Kentucky.

This is the second time in 18 months that Indiana State Police ACP squad has arrested Baxter on drug-related charges the first was in August of 2018.

“All subjects are presumed innocent until and unless proven guilty in a court of law,” Sgt. Carey Huls, Indiana State Police Sellersburg.